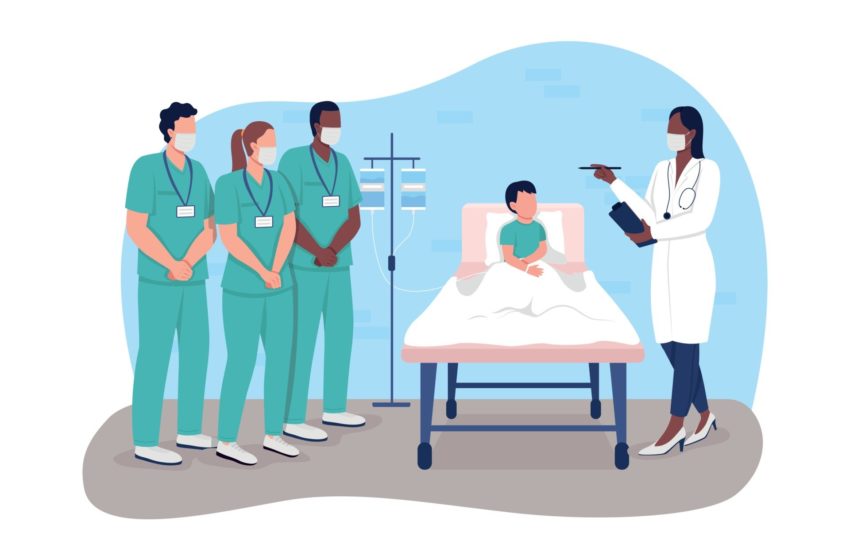 These last two years have differed greatly from almost any before; in a plethora of ways, mostly related to the spread, effects, and attempted containment of the Covid-19 pandemic. In another way, however, these last years have been exactly the same as recent years – more specifically, in terms of the Department of Health (DoH) failing to place qualified medical students for internships, and failing to place those with completed internships for their community service.  Young doctors from both categories were promised placement by the 11th of June 2021, but by the time urgent correspondence started reaching us by the 25th of June, only 135 of the 288 interns had been placed, and about 163 of the community service doctors had not been placed.

The urge exists to lambast government and to use all sorts of nasty adjectives to the DoH, but this would achieve little more than being an outlet to vent frustration. The problem is clear for all to see, but there is not yet clarity about a sustainable solution. In the following paragraphs a fair and only slightly biased exposition of the problem at hand will be given, followed by a proposed solution and some analysis on the relevant actors and the benefits that this solution would hold for them specifically.

According to officials within the DoH, funding for medical interns comes from the provinces themselves, thus these funds should come from the allocation made to each provincial DoH by the National Treasury via the MEC (Member of the Executive Council) responsible for the budgetary allocation, and with the approval of the Premier. The main challenge seems to be that this funding, while it is supposed to be ring fenced and allocated for this purpose only, is very frequently not available for the relevant position. Where these funds ultimately ends up is open for speculation, but for the purposes of this opinion, suffice it to say that it is not available as and when it was supposed to be. Graduated medical students must wait for much longer than expected for placement as interns. Often, as is currently the case, it is not that they hear on short notice; they actually start working much later than they normally should have, leading to obvious shortages and severely fatigued existing staff members.

The same goes for doctors who have completed internships and who are supposed to enter community service. When considering the case of government, these posts are not the cheapest to fill, with an intern earning upward of R500 000 per year, and a community service doctor upwards of R650 000. They are obviously worth this money, but funding these salaries seems to be a struggle under normal circumstances. The current budget cuts and apparent looting within the DoH have not lessened this burden.

Solidarity Youth proposes that private medical institutions be allowed to apply for accreditation as educational institutions, and be allowed to accept medical interns and train them for the prescribed period of two years. We believe this solution to contain benefits for all parties involved,  particularly the medical student, the government, the private institutions, and finally the citizens of South Africa. A qualification of these sentiments, then:

The medical student wishes to be placed in time, to have enough time to relocate, and wishes to learn as much about the field of medicine as possible. Under the status quo, these medical students have a substantial chance of having to wait until the very last minute to hear about their placement, if they are placed in time at all. Some will have to forego one or two months’ salary, as they are only placed at such a late stage. Should private hospitals be allowed to host interns, the demand for interns will increase, which will result in fewer qualified medical students waiting in limbo for government to place them. Private institutions might probably treat their interns better, seeing as their accreditation is not guaranteed but depends on complying with a certain standard that government institutions usually have more room to ignore.

While the initial response of many would be that government is in dire need of these interns to man distant rural clinics, it must be noted that an intern cannot work without supervision, therefore interns do not provide a solution for these rural clinics in any case. Some pressure is shouldered by an educated intern doing rounds, but the capacity problem does not stand and fall with the availability of interns. Currently, it seems as if the semi-annual allocation of interns is proving more burdensome than helpful for various provincial governments, and the alleviation of budgetary constraints could free up some breathing space in clearly congested budgets.

Additionally, a reasonable model would be to give government first dibs on interns, and then, once a determined date has passed, the interns would become fair game, and all those that were not placed can apply at will for the ample intern opportunities in the private sector. This model addresses the concerns that some might have of a public sector without any medical interns, or medical interns fleeing the public sector, and this model may also be in the best interest of all parties.

Finally, when even the posts of the community service doctors are too much of a financial burden for government to bear, these doctors can be placed at independent medical practices, learning community medicine in the hearts of communities, and being perhaps even better prepared for the management of their own practices than they would have been in rural clinics.

While the additional salaries of interns, and the wide array of procedures that must be hosted, could initially deter some institutions from applying for accreditation, there are multiple benefits for private sector medical institutions who receive accreditation. By officially becoming a research hospital, such accredited private institutions will be eligible for the billions of dollars available to research hospitals. These hospitals and clinics will no longer only be medical centres, but research centres as well, which will increase name recognition and trust among patients.

Another realm of international communication and bench-marking will be opened up for those institutions that are involved. Furthermore, while no model is currently in place, it is very possible that a billing model can be drawn up to resemble that of a law firm or an accounting firm, whereby a visit by an intern is still billable, obviously not on the same scale as a visit by a cardiologist, but enough to make it worthwhile for all involved. Those without sufficient medical aid would quite possibly opt for a visit from an intern due to the somewhat reduced cost involved.

In South Africa the ratio of doctors to citizens is less than 1:1000; that means we have less than half the ratio of doctors to people than the global average. While a more effective transition of students to interns and interns to doctors would slightly alleviate this problem, it goes much deeper. In most cases, the young doctors that have reached out to us over the last four years have been so distraught by their experience that on more than one occasion, we were told that they will be emigrating as soon as their community service is done. By treating medical students with the respect they deserve, chances are that some loyalties may be retained, which will address the dire need for qualified doctors in South Africa.

The solution proposed here will entail an act of balancing large forces and various stakeholders, and I am under no illusion that it will be a walk in the park. Yet, for the sake of South African doctors, especially young doctors, it cannot be postponed any longer.

This article first appeared on RationalStandard.com