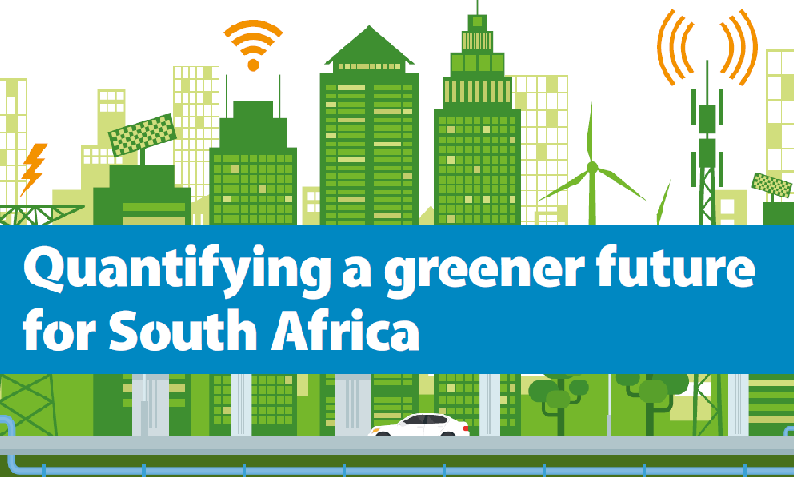 Despite somewhat lacklustre economic growth, South Africa still boasted a GDP of 376 million USD in 2018, making it the second largest African economy. This is naturally tied to a high level of consumption and production, which in turn places a heavy toll on the environment and those who reside here.

The engine which drives the country is as good a place to start. South Africa, like many other developing countries, is heavily reliant on coal; Eskom’s website indicates that they are currently utilising this resource for 77 percent of energy production. This has numerous negative effects on the health of those near mines and power generation facilities alike. According to a report by Dr Mike Holland on the health impacts of coal fired power plants in South Africa, 2 239 deaths per year may be attributed to the burning of coal alone.

The pollution caused by power generation, mining, heavy industry, services, and even the activities South Africans carry out on an individual basis, is a serious problem. It is, however, a problem which does not frequently disturb the minds of the broader public, with the more affluent members of society bearing the greatest apathy as not everyone experiences the immediate effects thereof.

As a tangible example, litter is an incredibly pervasive ramification of pollution which invariably disconcerts communities at large. However, it ceases to concern most individuals once collected and deposited somewhere out of sight. On the other hand, individuals may be less concerned about pollution if unaware of its ill effects. In either situation, the enemy is ignorance. An uneducated man is less likely to think about the consequences of his pollution, but perhaps of graver consequence, he is unlikely to question government policy or business activity when either results in pollution on a much grander scale.

Of course, this is not to say that South Africa does not holistically hold any care for the environment. Numerous successful conservation efforts are worthy of praise, especially in the safeguarding of indigenous flora and fauna. Regrettably, the dominant political rhetoric has little concern for such matters. Ultimately, however important the contributions of such efforts may be, an overwhelming feeling of incompleteness exists.

It is hardly surprising that issues such as pollution and environmental degradation are not heatedly debated when economic, political, and various other crises dominate the stage. Political leaders are not incentivised to touch on the topic, as claims such as improving job creation are far more appealing to the public than solemn vows to clean up the environment. Furthermore, the state-school system does not equip students with the tools to make informed decisions regarding the preservation of the environment.

As for the private sector, it is easy enough to sympathise with local businesses who, in the process of making every effort to stay afloat, happen to overlook their impact on the environment.

Although activism of this nature is morally laudable, it is improbable that it will be constructive in the grander scheme of things.

The overarching philosophy currently used by environmental organisations places pressure on educational institutions and political parties to enact pragmatic policies which mitigate waste and increase the proclivity towards sustainability. Although activism is not per se wrong and ardently lifts spirits (and this is by no means an attack on the modus operandi of these activists), institutions and the powers that be might only yield for the sake of satisfying demands, if they even yield at all. Consequently, although activism of this nature is morally laudable, it is improbable that it will be constructive or sustainable in the grander scheme of things.

Instead, institutions and activists alike should focus on quantifying waste and the environmental impact of anthropic activities in a sensible manner. This is not to say that the aforementioned parties are not doing this already, but rather that this simply is not being done well enough.

It is of critical importance that such quantifications be made in layman’s terms: informing the public that the typical windmill produces 2 MW of power is only useful if bundled with the knowledge that this could power roughly 2 000 homes. If people can better understand and relate to the fundamentals of environmentalism and its tenets, like renewable energy, they are more likely to adopt and support it on an individual level, thus increasing the positive influence of this important philosohpy.

Likewise, South Africa has massive renewable energy potential, which is encouraging considering Eskom’s overbearing reliance on coal. Although many South Africans are aware of this renewable energy predisposition, the reach of this information could doubtless be increased if it were adequately quantified.

Although it may be a tall order when numerous other topics require critical attention, it is crucial to remain conscious of the impact that anthropic activities have on the world and to ensure that South Africa follows suit.