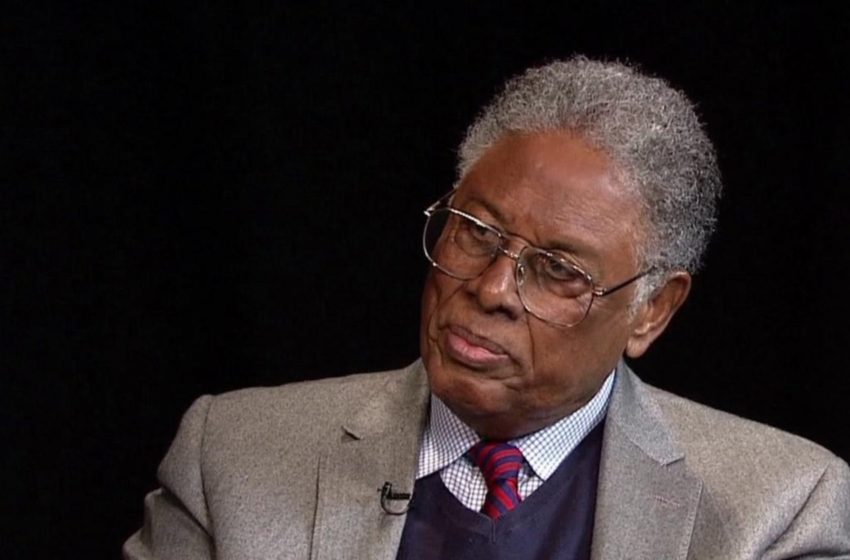 Visions are the foundations on which theories are built. The final structure depends not only on the foundation, but also on how carefully and consistently the framework of theory is constructed and how well buttressed it is with hard facts.

Whether monetary policy or migration, education or drug laws, climate change or health care, it is not uncommon to see – again and again – the same familiar faces glaring at each other from opposite sides of the left-right political divide. It happens too frequently to be a coincidence, and the results are too uncontrolled to have been staged. Upon closer examination of the arguments presented, it becomes clear that people reason from fundamentally different premises. It is these premises (or visions) that provide the basis for the consistent opposition of individuals and groups on numerous, seemingly unrelated issues.

A conflict of visions: constrained vs. unconstrained

According to Thomas Sowell, we can make sense of these differences by understanding the presuppositions that underly each argument in favour of, or against, any issue. What we often find is that although the issues are themselves innumerable and, in many cases, wholly independent of one another, they each share common argumentative foundations. Sowell broadly categorised these foundations under the ‘constrained and unconstrained visions’.

In his book, A Conflict of Visions, Sowell begins by demystifying what he means by the word ‘vision’, writing, “A vision, as the term is used here, is not a dream, a hope, a prophecy, or a moral imperative, though any of these things may ultimately derive from some particular vision. Here a vision is a sense of causation. It is more like a hunch or a ‘gut feeling’ than it is like an exercise in logic or factual verification. These things come later, and feed on the raw material provided by the vision. If causation proceeds as our vision conceives it to, then certain other consequences follow, and theory is the working out of what those consequences are.”

Every man, wherever he goes, is encompassed by a cloud of comforting convictions, which move with him like flies on a summer day

Human nature is inherently flawed and is not infinitely malleable. Coupling its great virtues of courage, fortitude, love, compassion, and so on, are all its vices, of which jealousy, deceit, vanity, caprice, and hate, are but a few examples. The constrained vision takes off from this premise; seeing human nature itself as the constraint around which economists, politicians, and other professionals dealing with humans must manoeuvre.

Stemming from this foundation, proponents of the constrained vision believe that social institutions are to accommodate the limitations of human potential – maximising and rewarding the best qualities, and minimising and punishing, as far as reasonably practicable, the undesirable qualities. The vision sees incentives and disincentives as awe-inspiringly powerful. Alexander Hamilton put it this way, “It is the lot of human institutions, even those of the most perfect kind, to have defects as well as excellencies – ill as well as good propensities. This results from the imperfection of the institutor, Man.”

The question that adherents of this view incessantly wrestle with, is how we can use – rather than try to alter – the said constraint of human nature to induce or solicit the production of benefits for the rest of society. Adam Smith, in his classical work, The Wealth of Nations, showed that it is indeed possible for unintended benefits to accrue to members of society, at the behest and instruction of an “invisible hand”. Smith showed how the pressures of competition and incentives of individual self-gain (a deontologically unethical human characteristic) can result in larger societal benefits. It was an astronomical theory then and remains ever astronomical today, now backed by heaps of evidence; how billions of people can be lifted out of poverty, suffering, and misery, owing to reasons ultimately reducible to self-interest and greed.

Jean-Jacques Rousseau perhaps put it best when he said, “Man is born free, but he is everywhere in chains.” The implication here is that the myriad problems that plague the world are the result not of inherent human vices, but of nefarious systems and institutions, as well as other reasons external to human nature. The reason there is so much suffering in the world, is that man-made institutions have corrupted human beings, and the best way to ameliorate this and undo the damage, is to destroy the diabolical institutions responsible for the suffering, and to build in their place, better, fairer institutions. It follows from this that human nature is infinitely malleable, and thus by creating the right social institutions with the right people in charge, individual potential has no limits and suffering can be alleviated.

Proponents of the unconstrained vision believe that the problems of the world are unconstrained by human nature. Human beings will behave virtuously, so long as the right conditions are put in place. Proponents reject consequentialist outcomes and focus more on the motivations of the actions. William Godwin famously wrote in his book Enquiry Concerning Political Justice that the intention to benefit others is “the essence of virtue”. Godwin viewed socially orchestrated incentives as “unworthy and unnecessary expedients”, when it was possible to achieve directly, without incentives, what incentives were designed to achieve.

Karl Marx is another proponent of this vision. Capitalism, in his view, is responsible for corrupting human beings. It is the quest for monetary accumulation that causes human beings to be greedy, selfish, and jealous. It logically follows, then, that the system be toppled, and in its place emerge a more benevolent system. Marx perfectly embodied what the unconstrained vision is about. It is not human nature that is the predicament, but the institutions built by human beings.

Thomas Sowell stresses that these visions, antithetical though they are to each other, are to be seen not as isolated, opposing foundations, but rather as lying on extreme ends of a spectrum. The purpose of A Conflict of Visions was not to declare one vision better than the other, but rather to help us understand the assumptions taken on board by dissenting points of view.

It is worth mentioning that Thomas Sowell himself – as made evident by his other writings – is persuaded more by the constrained vision. It is mistaken to believe, as Sowell argues, that social institutions such as colonialism, apartheid, slavery, capitalism, communism, feudalism, etc., are the root cause of suffering, greed, racism, and oppression, and that without these institutions, the world would necessarily be free of injustice and oppression. Suffering precedes social institutions by millions of years. We have inherited from our evolutionary past some barbaric traits that have fermented over millions of years. The advent of civilisation was rightly intended to maximise and reward our best qualities, and minimise (or use for good), our worst qualities.

It is entirely frivolous, as history has shown, to attempt to suppress human nature by enacting ‘benign’ institutions in the hope that they will crowd out malevolence. We have over the course of history experimented with this idea and attempted to create utopian societies. The societies we were told would be free of greed, oppression, and inequality have manifestly produced more of the outcomes they sought to eradicate, because no matter how well-designed the system, so long as it does not consider human nature as a constraint, it will inevitably fall victim to mankind’s inherent vices.

… You keep telling me that these are wonderful ideas in theory, it’s just that they never work out in practice … At some point you have to ask yourself, ‘could it be that this principle cannot work out in practice, with human beings as they exist on this planet?’