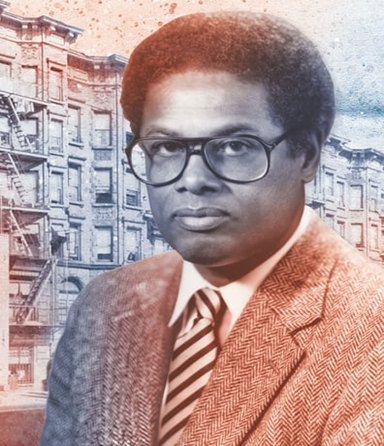 Facts do not speak for themselves. They speak for or against competing theories. Facts divorced from theories or visions are mere isolated curiosities.

It was once written of Thomas Sowell, that by consorting a Mark Twain-like gift for aphorisms with the thoroughness of a data scientist, many of his brilliant one-liners would no doubt stand the test of time. The remark appears strikingly truer today than ever before.

Thomas Sowell was born in Gastonia, North Carolina, on June 30, 1930, into a poverty-stricken family of five. His father had passed away a few months before his birth, rendering his mother, who was unemployed and already the custodian of four children, unable to take care of him. Young Thomas was given up for adoption to his great-aunt a few years before the death of his mother.

Here is a man, born into dire penury and forced to grow up without his parents during a time when the Great Depression was aggravating, and Jim Crow was in full force. As Jason Riley narrates, “He’d been turned away from restaurants and housing because of his skin colour. He’d felt the pain and humiliation of racism first-hand throughout his life … even when he was allowed into some restaurants, he was forced to stand while others could sit”. Sowell once remarked that he “would rather go hungry than suffer that indignity ever again”. Forced to relocate to Harlem when he was nine years old as part of the great migration of black families from the South to the North in search of greater opportunities, Thomas Sowell was forced to drop out of high school to get a job to help make ends meet. Only after a brief period in the Marines during the Korean War was Thomas Sowell able to go back to school.

The childhood shows the man, as morning shows the day

Notwithstanding what was an extraordinarily difficult upbringing that no doubt suffices as a good enough excuse for passivity, Thomas Sowell did not let the odds stacked against him stifle his potential. Now a revered social theorist, syndicated columnist, historian, author (of a mindboggling 56 books, 70+ essays, and 30+ book reviews), photographer, senior fellow at the Hoover Institution, holder of a Ph.D. in economics from the University of Chicago – which he attained studying under the Nobel Laureate, George Stigler – Thomas Sowell has established himself as a prolific public intellectual.

Yet in spite of all of this, Thomas Sowell went, for a very long time, largely unknown. He once said about this – in the modest tone that characterises his utterances – “I am sure that at least 95% of the people in this country [USA] have never heard of me, and that’s the way it should be”. When asked about how he would like to be remembered, he responded, “I’m not sure I want to be particularly remembered. I would like the ideas that I’ve put out there to be remembered”.

Interestingly, it was his mentor-mentee relationship with another Nobel Laureate, Milton Friedman, that helped propel Thomas Sowell into moderate prominence. “[Sowell] has a mind of his own,” said Friedman, “he insists on making it up for himself, and on getting the evidence necessary to form a valid judgement… the word ‘genius’ is thrown around so much that it’s becoming meaningless, but nevertheless I think Tom Sowell is close to being one”.

The appeal of Marx

The stark disparities in wealth in the United States were impossible to gloss over. Not only was there remorseless wealth in the face of unrelenting poverty, but the contrast was also racial in its essence. Sowell was acutely aware of this. “The contrast baffled me, and Marx seemed to explain it”, he said. Karl Marx spoke with a conviction that no other voice about inequality spoke with. His explanation for the levels of inequality captivated and convinced Sowell, such that even after taking courses from George Stigler and Milton Friedman, Thomas Sowell “remained as much a Marxist” as he had been before meeting them. As Sowell explains, he had not come across any alternative explanations for the seemingly incomprehensible inequality in his society. The only explanation available was that the rich had gotten rich by stealing from the poor. This explanation would go on to form the foundation of Sowell’s Marxist interpretation of the world.

Where beliefs are not checked against facts, but instead facts must meet the test of consonance with the prevailing vision, we are in the process of sealing ourselves off from feedback from reality. Heedless of the past, we are flying blind into the future.

During one summer vacation, while still a graduate student, Sowell landed his first professional job as a summer intern at the US Department of Labour. Paradoxically, it was that summer, spent working for the government, that eventually led him away from Marxism. “I began to realise a number of things, among which was that the government is not simply the personification of the general will of the people. Government institutions have their own institutional interests.”

Sowell was assigned a project that required him to study the effects of minimum wages in Puerto Rico. The numbers seemed to evidence – contrary to the views of those in the labour department – a negative correlation between the minimum wage rate and the employment rate in the industry for which the minimum wage was imposed. Yet, when he submitted these findings, the hierarchs of the department of labour were not receptive of them, even though the figures submitted by Sowell were validated by the prevailing economic literature. After careful and rigorous thinking, Sowell grew increasingly sceptical of the motivations of government departments. “They are simply holding onto their jobs … admitting that some of their laws have net-negative effects that would threaten their own employment”, Sowell concluded. It was this realisation, among others, that gradually dissuaded Sowell from Marxism.

Wishful thinking is not idealism. It is self-indulgence at best and self-exaltation at worst. In either case, it is usually at the expense of others. In other words, it is the opposite of idealism.

Thomas Sowell’s interest in photography taught him an important lesson that has since been imbedded in another one of his iconic one-liners, namely, “there are no solutions, only trade-offs”. With photography, where closing the diaphragm to help focus on an object simultaneously and proportionately cuts down the amount of light that filters into the picture, the photographer must constantly wrestle with that trade-off. Likewise, public policy officers also must wrestle with the trade-offs that different courses of action inevitably produce. Failure to apply this rudimentary standard in public policy results in adverse and sometimes unintended consequences.

Sometimes it seems as if there are more solutions than problems. On closer scrutiny, it turns out that many of today’s problems are a result of yesterday’s solutions.