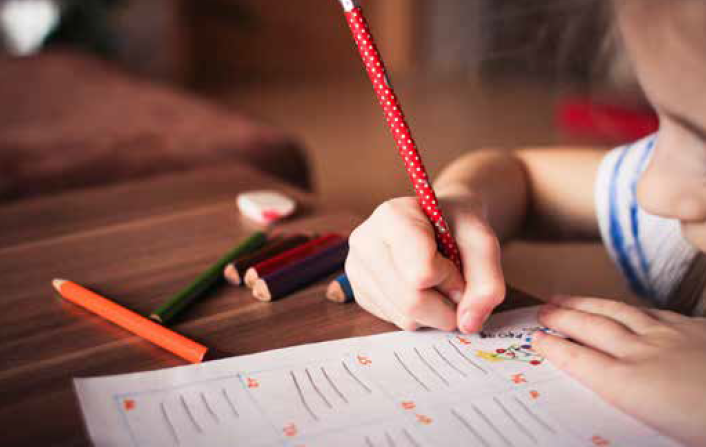 However, worthy goals and practical solutions around education and training that could save South Africa will come to a dead end unless they are unleashed in a culture that embodies John F Kennedy’s famous words: “Ask not what your country can do for you; ask what you can do for your country.”

While it should be crystal clear that South Africa is light years behind when considering development at basic education level, there is no indication that the national budget’s huge allocation to basic education supports objectives that will be able to renew basic education.

Furthermore, the ANC government’s socialist conception of transformation – which seeks equality of outcomes and symbolic victories (it wins many votes) and has overlooked long term processes of renewal from the outset – has unfortunately devolved to a youth who will not know where to start renewing basic education to tackle unemployment and poverty. In addition, the youth, which is highly susceptible to the sounds of populism, is not even interested in the state of basic education. A surge of political party populism, fuelled especially on university campuses by young people’s distinctive need for instant gratification at any price, stirs the sentiment that it is access to tertiary education that will ‘liberate’ the youth. It will not.

At least one significant reality of underdevelopment in South Africa is that of the 3.3 million unemployed young people, only a small number possess the necessary skills to participate in the Fourth Industrial Revolution that is driven by robotics and cyber-physical systems. In fact, the majority of them do not even possess the basic numeracy, literacy and critical-analytical skills to obtain a matric certificate – much less to make use of the much-lauded ‘free’ tertiary education. The root of this problem lies with the neglected primary education sector where eight out of ten Grade 4 learners cannot read and write.

South Africa’s inability to seize the Fourth Industrial Revolution and to teach 80% of our children to read and write so that they can empower themselves and the people around them economically will paralyze our country and its young people indefinitely.

However, if the youth can develop the knowledge, interest and political will in time to recognise the renewal of basic education as a fully-fledged goal, the ideals of a better South Africa will be realised.

The objectives that will support the renewal of our basic education system are literacy programmes for preschool and foundation phase learners at an unprecedented scale, reliable and modern transportation systems for scholars, and high-quality teacher education coupled with better monetary incentives for teachers to truly encourage them to invest in the future of children.

Literacy programmes should be launched with a specific focus on mother-tongue education. However, the implementation of successful and viable mother-tongue education goes hand in hand with the standardisation of African languages. For example, foundation phase learners who take Xhosa as home language will tell you that their birthday is in iJanuary (instead of EyoMqungu). The revolutionary potential of mother-tongue education that can provide a much-needed boost to the South African economy in the long term is not to be ignored, and the standardisation of African languages is therefore an ideal to which academics, with the support of their institutions, will have to commit themselves fully.

Due to a lack of funding, poor planning and government corruption, the majority of South African scholars must contrive to find their way to school themselves – in many cases by using unreliable minibuses. This state of affairs, as well as inhuman conditions in schools, encourages pupils to stay on the streets instead. Modern bus systems for scholars such as those in America and Europe should be a viable objective for the DA-led metropoles of Cape Town, Johannesburg and Tshwane. DA governments can be pioneers in this regard.

A massive shortage of teachers is preventing the Department of Basic Education from getting rid of thousands of unqualified teachers. Poor pension prospects and low salaries force teachers to leave the occupation, and about three times fewer teachers than required qualify annually. Where there are teachers, South Africa maintains the highest rate of teacher absenteeism in the Southern African Development Community (SADC) at an average of almost 20 days per teacher per year – almost double the SADC average. The state will simply have to create better monetary incentives for young people to become qualified and dedicated teachers.

Unfortunately, all these objectives that can support the renewal and modernisation of basic education, to promote South Africa’s compatibility with the objectives of the Fourth Industrial Revolution and long-term economic growth, remain subordinate to the prerogative of local and national governments. These objectives can take years to be implemented, if ever, and the crippling effects of corruption and empty promises must be taken into account.

However, if the already empowered proportion of the youth can replace meaningless, divisive battles over identity, oppression and privilege with meaningful discussions about the possibilities of basic education, to understand the importance of the goals underlying the renewal of basic education and to effect practical solutions to pursue these goals themselves, then we pursue true, government-independent transformation.

In the spirit of true transformation, universities will need to facilitate practical solutions to make much-needed investments in the disadvantaged corners of our society. This means, among other things, that they have to set up large-scale programmes to drop off their students at underprivileged schools to support teachers. Discounts on student fees will encourage students to participate in this, and this exchange will enable universities to directly address the issue of unaffordable student fees – a classic win-win situation.

However, worthy goals and practical solutions around education and training that could save South Africa will come to a dead end unless they are unleashed in a culture that embodies John F Kennedy’s famous words: “Ask not what your country can do for you; ask what you can do for your country.”

The empowered youth on campuses, in colleges and in the corporate world can do remarkable things for South Africa. They can invest in the literacy, numeracy and critical thinking skills of the eight out of ten Grade 4 learners who cannot read or write. In doing so, we surpass symbolism and truly empower. Failure to do so will turn our country into an underdeveloped obscurity at the southern tip of Africa. This is possibly the most important paradigm shift that South Africa can make today.